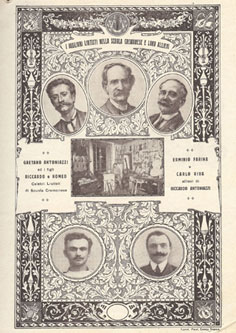 Antonio Monzino I (1730-1800) founded the House around 1750. The shop in Contrada della Dogana in Milan was opened in 1767, at the Sign of the Mermaid, No. 4037. A lively commercial activity also arose next to the real production.

During the management of the son Giacomo Antonio Monzino II (1772-1854) the initial handicraft was integrated with the trade of strings, accessories and antique instruments. The House became the supplier of important Milanese Institutions. A violin and guitar artist, as well as a composer, Giacomo Antonio had contacts with gifted musicians of that time, amongst whom, Niccolò Paganini, and also started the music publishing activity.

With Antonio Monzino III (1799-1872) the family played a leading role in the events of the Five Days of Milan, consolidating and developing the activity passed on by the paternal Grandfather.

Antonio Giacomo Monzino IV (1847-1929) introduced modern operating machines for the manufacturing of wood and for the production of wrapped harmonic strings, following the luthier’s art tradition with the best Italian artists of that time, such as the brothers Antoniazzi, Romeo and Riccardo, but also Erminio Farina, Severino Riva, Ambrogio Sironi and Luigi Galimberti who educated many young people under their guidance and who were all destined to become great luthiers. He also created the ‘Mandolinist Club’ and successfully carried on the activity within the publishing sector, masterly taking care of the Milanese and national cultural activity.

Antonio Monzino V (1885-1918) effectively contributed to the family business but, unfortunately, he died very young, when he was only 32 years old, due to an illness contracted in the war.

With Antonio Carlo Monzino VI (1909-2004) the diversification requested by that time was implemented, by integrating handicraft with the import and trade of a wide range of Italian and foreign instruments amongst the most prestigious trademarks.

Antonio Monzino VII (1938) harvested the commercial heritage, multiplying the Group’s activities and the Family’s ideal, believing in music as an essential component of a harmonious cultural growth. For such purpose, he set up the Antonio Carlo Monzino Foundation, to spread education through music:
Siblings Vittoria, Carla, Alberto and Margherita identify themselves with the latter mission. 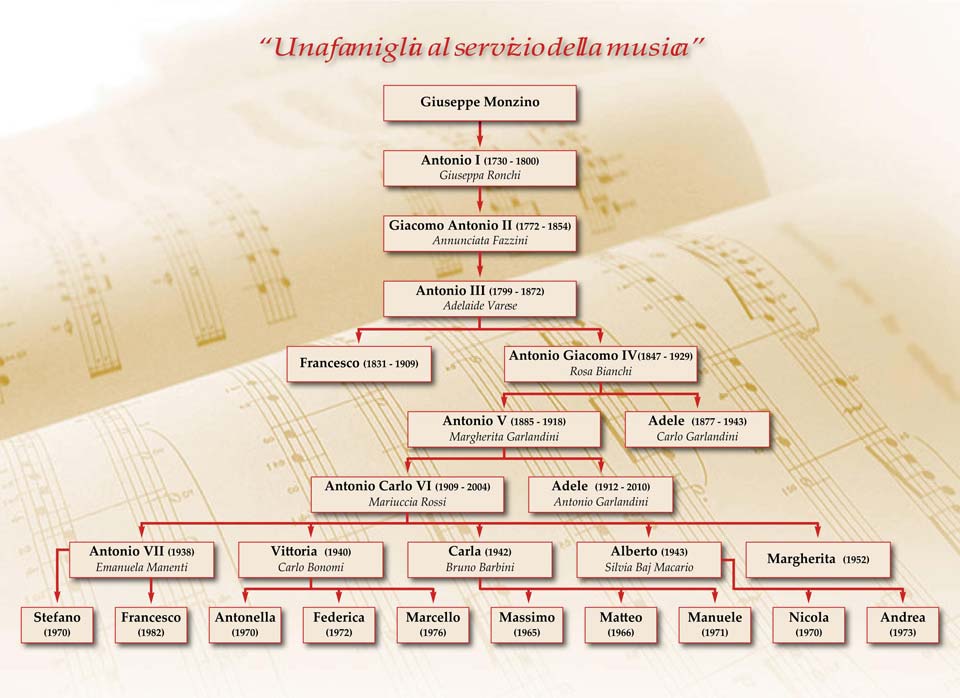